Bate-Wheeler combo strike in the Topgun with Quinella 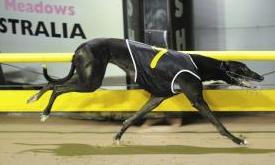 Hall Of Fame trainer Graeme Bate and the Wheeler family have combined to win their first Group 1 Sky Racing TOPGUN, finishing with the quinella as young gun Allen Harper ($7.40) scored a four-length victory over kennelmate Radley Bale in front of a packed Meadows crowd Saturday night.

Bate – who had failed to break his TOPGUN hoodoo since the race’s inception in 1993 – watched on as his lightly-raced star Allen Harper dashed to the early lead, carving out sectionals of 5.09 and 17.64 in a dominant display of speed. The son of Over Flo and Kazar Bale maintained his authority to the line, stopping the clock in 29.82, defeating Radley Bale ($4.50) and sole Queensland runner Bogie King ($33.90), who finished one and three quarter lengths behind the runner up. Favourite Kilty Lad ($3.90) finished seventh.

The Lara trainer was thrilled with the performance of his two stars in the world’s richest invitation-only event.

“This is such a big thrill. I said on the radio during the week that I thought Allen Harper was the best young dog in Victoria, and I think he has proven that tonight. He has got such a big, big future ahead of him, and I am also so proud of Radley Bale, who has been a great dog,” said Bate, who thanked his support team for their tireless work.

“I’d really like to thank my wife Bev. She’s not keen for the spotlight, but she is the one that runs the show back home. I’d also like to thank the whole team who work for me, as they really do a tremendous job. This is a victory for all of us.” 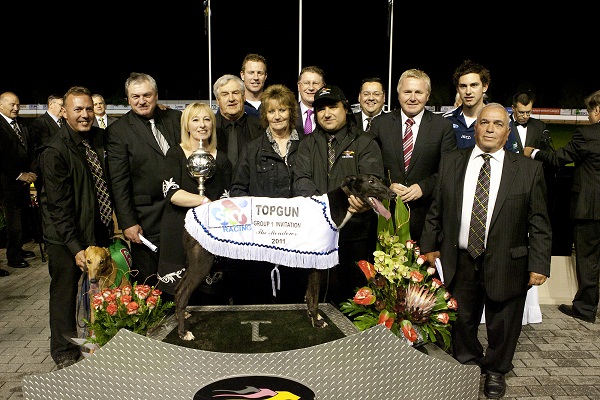 Since the race’s inception in 1993 when Graeme Bate finished a close up third with Revealing behind dead-heaters Worth Backing and Golden Currency the master trainer had had no less than 12 runners selected for a start in the invitational. He finished second with Rusty Lee in 94 and Velocette 2009. Third in 99 with Kantarn Bale and unplaced with Moonambel Prince & Northern Legend (95), Cerin Bale (98), Kantarn Bale (2000) and Suellen Bale (01).

Allen Harper improved his record to 14 wins from 20 starts and prizemoney now pushing past the $200,000 mark.

The Wheeler greyhound breeding dynasty again dominated, owning five of the 11 winners on the card,

including young star Bekim Bale, who scored in an amazing 29.69, running home in a sensational 11.82.

Group racing continues at The Meadows on Monday week (Cup eve, October 31), with the running of the Group 2 City of Hume Cup over 600 metres, and the Sport 927 Silver Bullet.

Allen Harper is a Black dog whelped May ’09 by Over Flo from Kazar Bale (Go Wild Teddy x Siandra Bale). He raced by Janice Wheeler and trained by Graeme Bate and the Group 1 Topgun was Allen Harper’s 14th win with three placings from 20 starts. The $125,000 first prize took his stake earnings to $204,590. 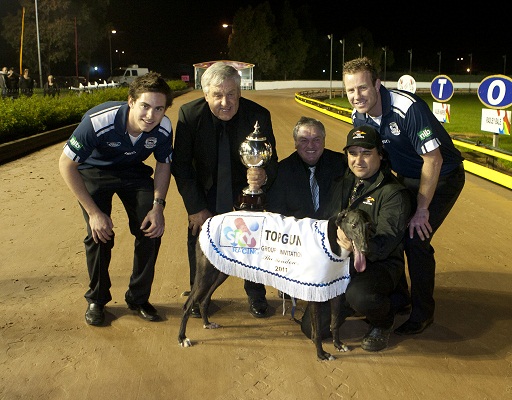 Stevie J and Daniel Menzel with connections and Allen Harper