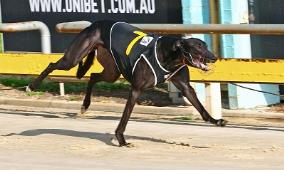 The AGRA’s Run of the Month for March 2014 has been awarded to exciting youngster Space Star after he recorded a red hot run of 35 even, setting a new track-record for the Richmond 618 trip at only his first start in a race.