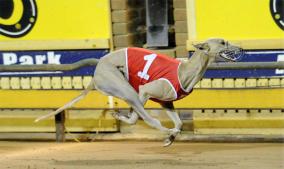 The field bunched up coming off the back straight as Doyen Star made her move to take a narrow lead. Iwanyk’s second runner and fastest qualifier Bramley ($9.60) closed to within a length, while Bobby Boucheau continued to improve on Bramley’s outside. Echelon ($7), Slick Lee ($8.20) and Black Viking ($30.60) all closed in as just three lengths covered the first seven runners approaching the final turn.

In a thrilling run to the line, Pillow Torque showed her class, racing to a 1.75 length win over Slick Lee with Bobby Boucheau a further 1.25 lengths away in third in a smart 42.05 seconds.

The win was Pillow Torque’s first in six attempts at Group level and improved her record to 14 wins from 37 starts, taking her career prizemoney beyond $91,000. Sydneysider Slick Lee continued his affinity with Sandown Park, running a place for the third time at Group level at the Lightwood Road circuit and is yet to miss a place in eight starts at the track.

But it was all honours to the winner. The Sandown Park track record holder now has three wins from four starts at the track and is now likely to enter Thursday week’s Radio Sport National Sandown Cup heats a warm pre-post favourite.

“She really needed the hit out last week (following a short lay off to have her tonsils removed) so I was pretty confident going into tonight.”

Pillow Torque, along with kennel and littermates Bramley and Kalden Athena, has helped Iwanyk make an immediate impact on the highly competitive Victorian training scene since making the move from Perth to Devon Meadows in late 2010. 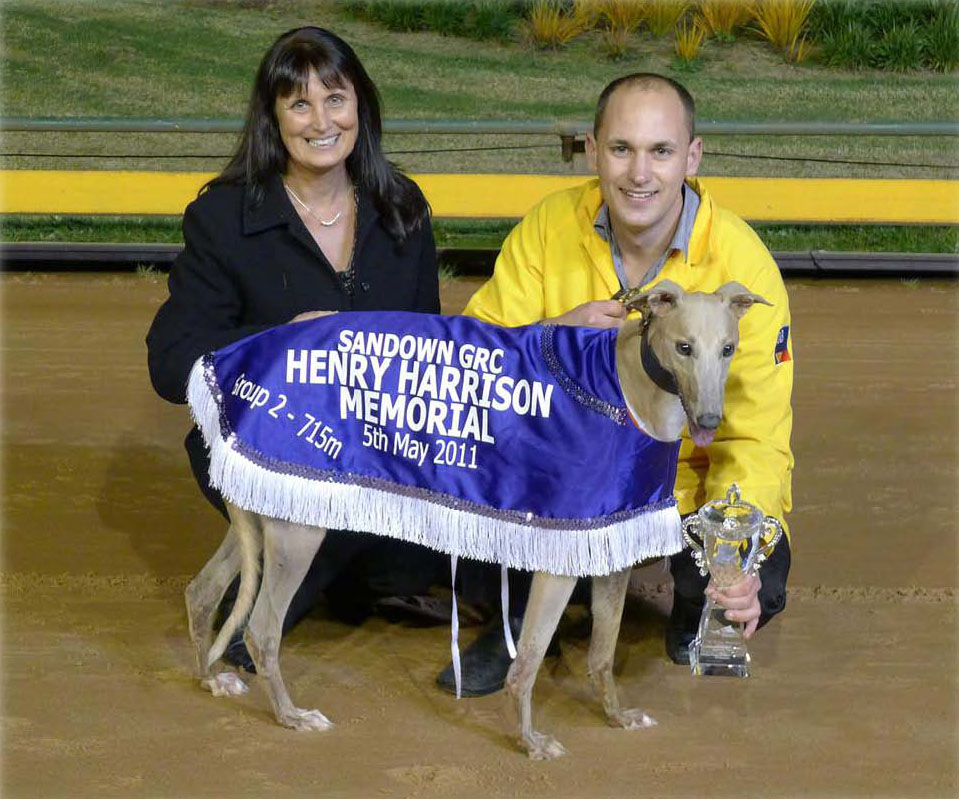 Pillow Torque is raced by Dan Biddle she is a Blue Fawn Bitch whelped October 2008 by Big Daddy Cool from Abbadale Gold (Token Prince x Sprinkles of Gold). Pillow Torque has won 14 of her 37 starts and has been placed on 12 occasions and with the $25,000 first prize for the Henry Harrison it took her current stake earnings to $91,828.

Thanks for information supplied by Michael Floyd Sandown Administration.