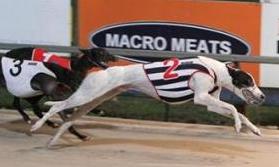 The AGRA today announced the three finalists for the 2012-2013 AGRA Sky Channel Greyhound of the Year. Destini Fireball, Miata and Xylia Allen were judged the top three after the judging Panel considered the achievements of five greyhounds nominated by the AGRA committee.